New Kias Could Track Where You Go, Send Alerts When You Get There

ENFIELD, Conn. (WGGB) – For many across the country, driving is a rite of passage that comes with being a teenager.
That parent you thought you left at home might actually be able to control how you drive if Kia “Your Voice” or “UVO” technology has anything to do with it.
“If you’re able to keep your hands on the wheel, eyes on the road, bottom line you might be able to avoid that accident which you might not be able to do if you’re reaching for the radio,” said John Bruso, Sales Manager at the Gary Rome Kia Dealership in Enfield, Conn.
He says the next generation of Kia’s UVO models could do as much as text using your voice, allow parents to regulate the speed. Similar to Facebook’s Geotagging, Geo fencing could draw zones on a map and send them messages when their teens drive off into certain neighborhoods.
“With the push of a button, you’ll voice your text; the system will recognize it and translate it to text. That’s what we’re hoping. Anytime a parent can know if somebody, whoever’s operating the vehicle is driving recklessly, and that’s a good thing,” Bruso added.
It’s similar to Ford’s SYNC and GM’s OnStar in that the vehicle responds to voice commands.
You would press a button on the steering wheel, wait for the car’s response, reply, and it would follow the command that you give it.
Some parents say that’s something they would really look forward to in a new car for their teens.
“If they told me that they’re going somewhere, then went somewhere else, that would be really good,” chimed Michael Harris.
Before you start panicking about your car literally tracking your every move, Bruso says you would be able to turn those features off.
Although nothing is set in stone yet, those ideas are still in development for Kia’s 2014 UVO models.
source: http://www.wggb.com/2012/12/11/new-kia-vehicles-could-track-where-you-go-and-send-alerts-when-you-get-there/
Posted by Hyundai Accessory Store at 9:38 AM 1 comment: 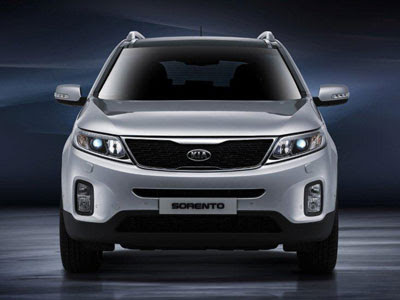 LOS ANGELES — At an event like the Los Angeles Auto Show, it’s obvious that automakers spend millions (possibly billions) of dollars competing to get a new car buyer’s attention. From the elaborate auto show stands to the full-on multimedia presentations to the post-show new vehicle media drive events, everyone is spending big bucks to differentiate themselves in a market where the bandwidth between reliability, features and pricing is paper-thin.


In a vast field of new vehicles that, objectively, all perform at a very similar level, the subjective nature of how a car looks can make or break a new car in the showroom. This is why, outside of marketing, automakers are also investing heavily in new car design. And one of the automakers that have whole-heartedly bought into this “car design as added value” theory is South Korea’s Kia.


The overall shape of the car and proportions, can give an impression of value. And with the new Forte, I think we’ve done a good job with that.


Kia’s global head pen, chief design officer Peter Schreyer, deserves much of the credit for the brand’s design renaissance. However, the automaker’s most recent and critically acclaimed (and best-selling) vehicles have come from Kia’s Design Center America, located just south of Los Angeles in Irvine, Calif., and headed by American Tom Kearns.


“The studio does mostly production work, probably 85% is actually making proposals for production programs. But we also do a show car maybe once a year. So there’s some advance work being done as well,” Mr. Kearns explained during an interview shortly after the debut of the new 2014 Forte Sedan and refreshed 2014 Sorento crossover here at the show.


Before joining Kia in 2004, Mr. Kearns was a General Motors man, his most notable work being the “art and science”-themed 2002 Cadillac CTS sedan. In the eight years he’s been running the Kia’s West Coast design studio, Mr. Kearns has overseen the debut of some of the brand’s most groundbreaking designs; vehicles that have driven the Korean automaker from an also-ran to a design leader, such as the original, 2006 Soul concept, 2007 KUE crossover concept (that previewed the current Sportage) and the 2008 Kia Koup concept, that led directly to the current Forte Koup two-door.


He explained that his team’s goal is to create a look that offers a lot of “design content” or “design value,” which supports Kia’s fundamental brand values.


As chief designer, Mr. Kearns puts it this way: “If we can create a design that looks more expensive — or you feel you’re getting more for your money — then I think we’ve done our job. You can see that in the Optima. You can get every option on that car, and it’s hard to break $35,000. But the design — for the average person, anyway — looks like a BMW or a Euro-something that maybe should cost $55,000.”
Mr. Kearns’ “design value” ethos shows up on the sales charts as well. The majority of Kia’s biggest sellers in North America originated from his studio.


“The original Forte sedan and five-door hatchback, the current-generation Sorento and the new Sorento facelift, the Sportage, the new Rio sedan and five-door all came from our studio,” Mr. Kearns says. This all means that good design is helping sell more Kias.


For example, owning the industry-leading sales growth record for 47 consecutive months, Kia Canada just had its best November ever with a total of 5,719 new vehicles sold — a 17.8% gain over the same period a year ago. The automaker’s year-to-date total of 73,840 vehicles reflects a 19.7% gain, and puts Kia on track for another record year in Canada.


After the reveal of the new 2014 Forte Sedan, it’s hard to see Kia straying too far from this current path of success. Arguably, the front-wheel-drive, five-passenger four-door is suddenly the most sophisticated-looking car in its class. And Mr. Kearns says that’s no accident.


“The overall shape of the car and proportions, can give an impression of value. And with the new Forte, I think we’ve done a good job with that,” Mr. Kearns explains proudly.


The Kia designer also explains that much of the new Forte’s design value can be found in the details.


“The LED daytime running lamps, the beltline, the chrome door handles — some of those are things that normally you might not see on a comparable Honda, Nissan or Toyota,” Mr. Kearns says.


While the 2014 North American Forte shares its platform with the foreign-market Kia Cerato, the two cars are separate designs. Mr. Kearns’ studio handled the North American car’s exterior and interior design, then followed the car as it made its way from his designer’s sketches to the factory floor.


“We work the design up to a certain point. Then it gets finished for production in Korea, where we oversee the engineering refinements, powertrain evaluations, aero tweaks, and any manufacturing issues,” Mr. Kearns says.


Source: http://life.nationalpost.com/2012/12/17/kias-new-design-identity-leads-to-record-sales/
Posted by Hyundai Accessory Store at 9:32 AM No comments: 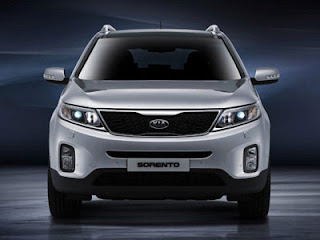 IRVINE, Calif., December 7, 2012 - Kia Motors America (KMA) is one of the fastest-growing car companies in the U.S., and its two popular crossover utility vehicles have acquired an impressive collection of awards and accolades from industry observers.  This week, the brand's two CUVs received a different type of recognition when Strategic Vision revealed that new car buyers identified the 2013 Sorento and 2013 Sportage as the number one ranked vehicles in Total Value in the Medium and Small SUV segments, respectively, in the research firm's latest Total Value Index® (TVI) study.


More than 350 new vehicles were vetted and over 77,000 buyers who purchased models from September 2011 to June 2012 were surveyed to compile Strategic Vision's 16th annual TVI study, which revealed that quality and innovation shaped buyers' opinion of overall values.  "The result shows that innovation is the strongest single predictor of which cars, brands and corporations are seen as the best value, or 'Total Value' in our study," stated Alexander Edwards, president of Strategic Vision.


"Kia takes great pride in advancing value to new levels of sophistication, and Strategic Vision's 'Total Value' recognition is gratifying because it is based on feedback from Sorento and Sportage customers," said Michael Sprague, executive vice president, marketing & communications, KMA.  "This honor speaks to Kia's goal of producing cars that are not only affordable but also dynamic in terms of their design, performance and cutting-edge technology attributes."


The Sorento combines fun and functionality in a refined and value-minded CUV with impressive power.  Kia's longest running nameplate, the Sportage, offers design and performance in a compact CUV with modern amenities and a fun-to-drive personality.


Kia Motors is one of the world's fastest moving global automotive brands; from 2009-2011 Kia launched more new vehicles in the U.S. than any other automaker, and under the guidance of chief design officer Peter Schreyer earned a reputation as an industry leader in automotive styling.  Kia Motors America's full line of fun-to-drive cars and CUVs has earned critical acclaim and dramatically increased consumer awareness, perception and consideration for the brand.  In 2011, KMA recorded its 17th consecutive year of market share growth, thanks in part to the largest increase of any major brand in perceived quality[2] and the industry's highest brand loyalty ranking[3].  Kia's U.S.-based manufacturing facility in West Point, Georgia - KMMG - is responsible for the creation of more than 10,000 plant and supplier jobs and builds two of the company's best-selling vehicles in the U.S. - the Sorento CUV and Optima midsize sedan*.  Kia's value and technology-laden lineup also includes the Sportage compact CUV, Soul urban passenger vehicle, Optima Hybrid, Forte compact sedan, Forte 5-door compact hatchback, Forte Koup two-door coupe, Rio and Rio 5-door sub-compacts and Sedona minivan.


The 2013 Sorento incorporates all of the comforts of Kia's signature crossover utility vehicle with the functionality consumers have come to expect.  Built at Kia Motors' U.S. manufacturing plant in West Point, Georgia, the Sorento can be powered by any one of three capable engines including a robust 3.5-liter V6 engine with sportmatic shifting.  The Sorento also offers optional All-Wheel Drive, third-row seven-passenger seating, Bluetooth®[4], SiriusXM radio[5], Infinity®[6] surround sound and Kia's UVO powered by Microsoft® voice- activated infotainment and communication system[7].  The refined and value-minded 2013 Sorento is offered at a starting MSRP of $23,150[8].


The 2013 Kia Sportage offers value-, image- and safety-conscious consumers a striking design and a standout combination of fun-to-drive performance, the latest in-vehicle technologies, and an abundance of comfort, convenience and safety features all at a tremendous value.  The sleek and modern Sportage is available with either a 2.4-liter, 176 horsepower engine or a 2.0-liter, 260 horsepower Turbo GDI engine.  Inside the cabin, the Sportage offers a host of available technology features, including Kia's all new UVO Powered by Microsoft® hands-free, voice-activated infotainment system.  The 2013 Sportage features a starting MSRP of $19,000[9].


Kia Motors America is the marketing and distribution arm of Kia Motors Corporation based in Seoul, South Korea.  KMA offers a complete line of vehicles through more than 755 dealers throughout the United States and serves as the "Official Automotive Partner" of the NBA and LPGA.  In 2011, KMA recorded its best-ever annual sales total and became one of the fastest growing car companies in the U.S. [10]  Kia is poised to continue its momentum and will continue to build the brand through design innovation, quality, value, advanced safety features and new technologies.


Information about Kia Motors America and its full vehicle line-up is available at its website - www.kia.com.  For media information, including photography, visit www.kiamedia.com.


Strategic Vision is a research-based consultancy with over thirty-five years of experience in understanding the consumers' and constituents' decision-making systems for a variety of Fortune 100 clients, including most automotive manufacturers.  Its unique expertise is in identifying consumers' comprehensive motivational hierarchies, including the product attributes, personal benefits, value/emotions and images that drive perceptions and behaviors.