July 25, 2012, 10:15 a.m. EDT
--Two of the Fastest Growing Automotive Brand's Top-Selling Vehicles are Most Appealing Among New Car Owners - Kia's best-selling Optima midsize sedan impresses with its blend of performance, styling, refinement and fuel economy - With consumers shifting to smaller vehicles, the Soul is recognized for offering the same level of appeal and amenities as many larger models

IRVINE, Calif., July 25, 2012 /PRNewswire via COMTEX/ -- Kia Motors America (KMA) is the fastest-growing car company in the U.S. and two of its best-selling vehicles - the Optima and Soul - were awarded the highest ranking scores in their respective segments within the J.D. Power and Associates 2012 Automotive Performance, Execution and Layout (APEAL) Study.SM The Optima ranked highest in a tie in the "Midsize Car" category, while the Soul claimed the highest ranking in the "Compact Multi-Purpose Vehicle (MPV)" grouping. The APEAL study measures new-vehicle buyers' gratification with the design, content, layout and performance of their newly-purchased vehicles.
"As key entries in Kia's design-led transformation, the Optima and Soul have attracted new customers to our showrooms, and the results of the J.D. Power and Associates' APEAL Study illustrates just how delighted these new buyers are with the purchase of their new Kia vehicles," said Michael Sprague, executive vice president of marketing and communications, KMA. "Both of these popular models, along with the rest of the Kia vehicle line, continue to deliver on a promise to offer U.S. consumers high-quality vehicles with an impressive combination of design, performance, comfort, safety and technology. All of this while still maintaining the brand's unmatched value proposition."
This year's study emphasizes the point that although buyers are continuing to downsize, they are looking for vehicles that are as appealing and well-contented as the larger ones they previously owned. Both the Optima and the Soul allow consumers to shop for a smaller, more affordable vehicle without having to make sacrifices in quality and amenities.
The 2012 APEAL Study is based on owner evaluations of more than 80 vehicle attributes. Responses were gathered between February and May 2012 from more than 74,000 new car and light truck owners who were surveyed after the first 90 days of ownership.
Kia's Unprecedented Growth Kia Motors is one of the world's fastest moving global automotive brands; from 2009-2011 Kia launched more new vehicles in the U.S. than any other automaker, and under the guidance of chief design officer Peter Schreyer earned a reputation as an industry leader in automotive styling. Kia Motors America's full line of fuel-efficient and fun-to-drive cars and CUVs has earned critical acclaim and dramatically increased consumer awareness, perception and consideration for the brand.
In 2011, KMA recorded its 17th consecutive year of market share growth, thanks in part to the largest increase of any major brand in perceived quality[1] and the industry's highest brand loyalty ranking[2]. Kia's U.S.-based manufacturing facility in West Point, Georgia - KMMG - is responsible for the creation of more than 10,000 plant and supplier jobs and builds two of the company's best-selling vehicles in the U.S. - the Sorento CUV and Optima midsize sedan*. Kia's value and technology-laden lineup also includes the Sportage compact CUV, Soul urban passenger vehicle, Optima Hybrid, Forte compact sedan, Forte 5-door compact hatchback, Forte Koup two-door coupe, Rio and Rio 5-door sub-compacts and Sedona minivan.
About Kia Motors America Kia Motors America is the marketing and distribution arm of Kia Motors Corporation based in Seoul, South Korea. KMA offers a complete line of vehicles through more than 755 dealers throughout the United States and serves as the "Official Automotive Partner" of the NBA and LPGA. In 2011, KMA recorded its best-ever annual sales total and became one of the fastest growing car companies in the U.S. [3] Kia is poised to continue its momentum and will continue to build the brand through design innovation, quality, value, advanced safety features and new technologies.
Information about Kia Motors America and its full vehicle line-up is available at its website - www.kia.com . For media information, including photography, visit www.kiamedia.com .
About J.D. Power and Associates Headquartered in Westlake Village, Calif., J.D. Power and Associates is a global marketing information services company providing performance improvement, social media and customer satisfaction insights and solutions. The company's quality and satisfaction measurements are based on responses from millions of consumers annually. For more information on car reviews and ratings, car insurance, health insurance, cell phone ratings, and more, please visit JDPower.com. J.D. Power and Associates is a business unit of The McGraw-Hill Companies.
*The Sorento and Optima GDI (EX Trims and certain LX Trims only) and GDI Turbo are built in the United States from U.S. and globally sourced parts.
[1] Source: Automotive Lease Guide Spring 2011 Perceived Quality Study.
[2] Source: Experian Automotive Q2 2011 market analysis.
[3] Based on 5-year cumulative growth between 12-month retail sales for periods ending June 2007 and June 2012 of all U.S. automotive brands.
SOURCE Kia Motors America
Copyright (C) 2012 PR Newswire. All rights reserved

Posted by Hyundai Accessory Store at 10:46 PM No comments:

Gary Rome Kia is currently running a great Family Fun Photo Contest that you can’t resist.
You now have a great opportunity to WIN BIG and have fun too.

All you have to do is upload a photo (with a short description) of you and your family with your Kia, or other vehicle, on vacation and you will be automatically entered to WIN. The photo with the most likes on Gary Rome Kia Facebook site wins. Prizes include:

Free fun and free gas.  Who has to buy an app? You know Gary Rome Kia will take care of you so you can spend money on life’s demands without trading in your fun. There will be a new winner every Friday in August. 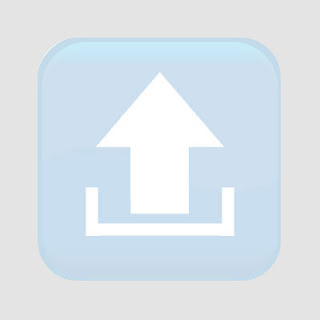 Posted by Hyundai Accessory Store at 11:58 AM No comments: